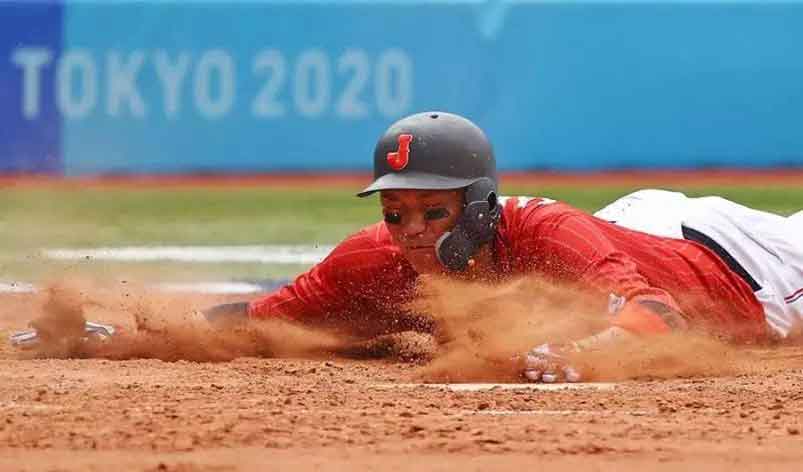 Until now not many know why baseball is so popular in Japan. There is one Netizen who thinks that maybe baseball is favored because it’s only in baseball, so the audience blends into the game. There are also those who say that the actual way of holding a baseball bat is like the way a samurai holds a Champloo.

Baseball itself is thought to have come to Japan in 1870 — around that time. It was an American professor named Horace Wilson, who introduced him to students at Kaisei Gakko (now Tokyo Imperial University). Before the professor, who had helped the Japanese government a lot in modernizing the field of education, introduced baseball, in Japan at that time there were not many team sports. Most are individualistic like Sumo, Kendo, and Kyudo.

However, Professor Wilson cannot be used as a reference for why baseball is so popular in Japan. Likewise, Albert Bates, an American lecturer at Kaitaku University, organized the first professional baseball game. Precisely what made baseball famous was Hiroshi Hiraoka, a railroad technician who had studied in America. He is a fan of the Boston Red Sox. It was this person who first formed the baseball team called Shinbashi Athletic Club Athletics. That was in 1878, and perhaps since then, baseball has flourished in Japan. Plus, since the Shinbashi appeared, many other baseball teams have sprung up.

After the Shinbashi era, baseball’s popularity grew when the Ichikou team appeared in 1886. The Ichikou team was the first high school team in Tokyo, also known as the most prestigious prep school. Ichikou’s struggle deserves thumbs up. Having been refused a match due to racial reasons and losing to Meiji Gakuin in a landslide, they did not give up. They got up and even developed a training technique that was quite unique at that time. Their training technique is not much different from the training technique in Kendo or sumo. It wasn’t in vain to experiment, they were finally able to beat the Yokohama Athletic Club, which had refused for racial reasons. Since then, baseball has been getting more attention from the Japanese public. Many universities formed baseball teams because of them. And through baseball, we can see the acculturation between traditional Japanese sports — such as sumo and Kendo — with sports that came from America.

Entering the era of the 1900s, many university teams began to be formed. Competition is increasingly competitive, as many universities send their students to America to study baseball further. Waseda University was the first to do so. It was this team that in that era dominated the Japanese baseball world. Their toughest rival is the only Keio University. The rivalry between the two makes baseball even more beloved. In another aftermath, Japanese baseball was increasingly respected. Even American professional baseball teams such as the Chicago White Sox arrived in 1913. And as baseball’s popularity continued to rise among college students, inter-university baseball leagues were formed. The participants who appeared were like

Baseball only had time to fade during the second world war. But only temporarily. Because after that, baseball regained its popularity again. Moreover, through baseball, the United States can bridge its relationship with Japan again.

Because of the popularity of baseball in Japan, this sport has recorded a profit of $ 1.5 billion a year, which comes from ticket sales. Turnover in this sport is so high. Because apart from ticket sales, television broadcasting rights, merchandise, sponsorship, and internet distribution also come from. Even the salary of a Japanese professional player is around $500,000, which is only $3 in America.