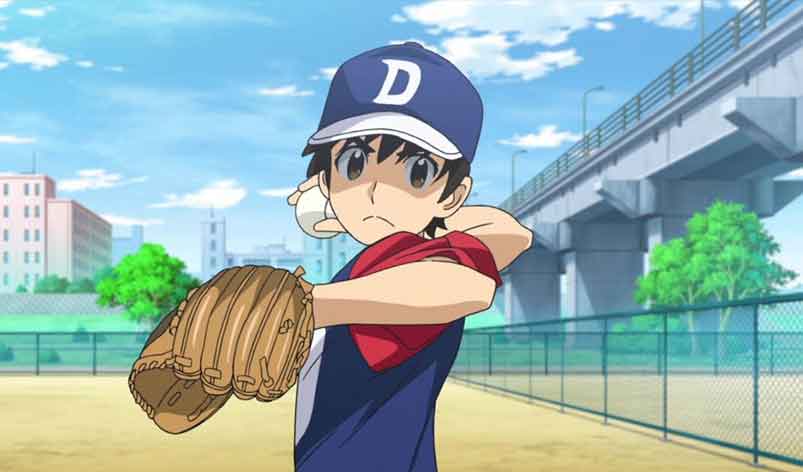 In Indonesia, baseball may not be so popular. His prestige is still inferior to football and badminton. It’s a different story in Japan, where baseball is a very popular sport and is loved by Japanese people. It is estimated, that baseball has entered Japan since 1870.

As a country that produces quality anime, it’s no wonder that anime makers have made baseball their main theme. If you like baseball, or maybe you want to know more about baseball, you can watch baseball anime for more insight. These are the 10 best baseball anime recommendations.

In baseball, a pitcher who throws needs a catcher who receives. Both must be equally reliable. The combination of the two is called a battery. The problem is, finding a suitable partner is quite difficult. Not only skills but also character. The two must complement each other.

After his family moved to a mountainous area, Harada Takumi was so frustrated that he almost gave up. He who is a pitcher has difficulty finding a catcher that can match him. Then, his classmate, Nagakura Gou invites him to form a battery. What will their next story be like? More in this baseball anime.

Apart from discipline and hard work, sport is also synonymous with competition. Not only competition with opponents, but also competition within the team for certain positions. This baseball anime, titled Diamond No Ace, tells the story of Sawamura Eijun, a cheerful teenager who likes to play baseball as a pitcher.

With his middle school friends who are not very good at playing baseball, Sawamura joins a match and loses. The defeat brought a new story for Sawamura. A coach from Seido High takes an interest in Sawamura and invites him to join. It was there that he met a catcher named Miyuki, and his rival pitcher, Furuya.

If soccer has Captain Tsubasa, basketball has a Slam Dunk, then baseball also has the legendary Touch. Even though this baseball anime was released in 1985, don’t ever doubt its quality. The storyline is good and still interesting to watch today. The story is about the Uesugi brothers, twins who are very different.

Tatsuya is a baseball player who is idolized by students at school. While his twin, Kazuya, is a nobody. Everything changes when Kazuya falls in love with Asakura Minami. From then on, he had the determination to become a better baseball player than his brother. If you want to see how hard teenagers fight for their love, watch it!

If you are looking for a sports anime that can stir emotions, a baseball anime called Cross Game might be for you. The poster and character designs may be too classic for the 2009 anime, but don’t get me wrong, first try to enjoy the story in it. It’s not just about baseball, it’s about love, and family.

The story is about two families, Kitamura and Tsukishima. Kou Kitamura was very close to Wakaba Tsukishima since childhood, even to the point of making Aoba, Wakaba’s younger brother, jealous. Aoba is a great pitcher. Kou secretly trains to be like him. This is not just about baseball alone, there is a complicated story between sweet and bitter that happened between them.

Do you want a sports anime with a unique story? A baseball anime titled Major might be an option. The uniqueness of this baseball anime is in the involvement of the characters. There is a single dad with a son who both play baseball and a beautiful teacher who makes the single dad fall in love again.

It’s about Goro, the son of Sigeharu Honda who is a professional baseball player. Following in his father’s footsteps, Goro also played baseball as a pitcher. At school, Goro has a beautiful teacher who makes his father fall in love. This baseball anime combines family drama, love, and sports into one interesting story.

Do you have a dream? What if you were faced with a condition that required you to let go of the dream? Are you going to let it go? Or fight the circumstances and keep chasing the dream? This baseball anime tells the story of Kunimi Hiro, a skilled pitcher who was forced to stop playing due to a severe shoulder injury.

To forget his dream, he transfers to a school that doesn’t have a baseball team. There, he joined the soccer team. He wanted to forget all about baseball. But as it turned out, he couldn’t. Then, he chose to fight the circumstances and returned to try to pursue his dream. The story is contained in the baseball anime titled H2.